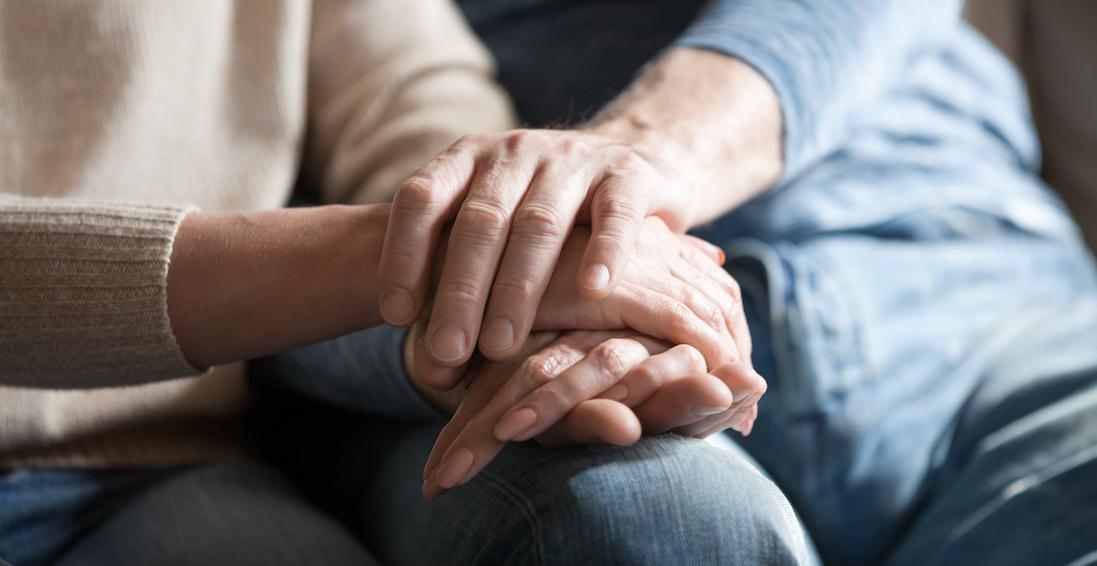 What is Dementia: Symptoms and Diagnosis

The word dementia can be used to describe a variety of progressive neurological disorders. If someone is living with dementia it means that their memory, thinking and behaviour deteriorates, often causing them to need help with daily activities. Dementia is complex condition that is wide ranging in how it can impact someone's life. Let us guide you through understanding the common symptoms, types and diagnosis of dementia and Alzheimer’s.

Dementia is a common cause of disability and dependency among older people. However, it isn’t a normal part of ageing and someone living with dementia should receive the help and support they need to maintain as much independence as possible. Younger people can also experience dementia. If someone under the age of 65 has the condition, it is called young-onset dementia.

What are the symptoms of dementia?

Each person living with dementia will experience symptoms in a different way, even if they are diagnosed with the same type of dementia as someone else. Given that dementia is a progressive condition, symptoms tend to worsen over time.

·     Problems with speaking, such as using words incorrectly

·     Not feeling mentally sharp or quick

·     Difficulties with managing behaviour or emotions

·     Feeling less empathy - due to changes in mood

Sundowning describes the changes in behaviour that a person living with dementia may experience in the evening. Around dusk, they may feel anxious, unsettled and confused about where they are. Symptoms of sundowning include:

·     Asking to go home, even if someone is already at home

·     Not recognising who people are

·     Confusion about what is happening

Behaviour that challenges is usually a sign of an underlying issue that the person cannot communicate to you, for example:

·     A disorienting change in darkness or light in a room

There are ways in which sundowning can be prevented or managed with the help of a friend, relative or carer.

Dementia can be caused by several different diseases that damage nerve cells. Typically, a disease that causes dementia will cause an increase of proteins in the brain, causing nerve cells to function poorly and die. This causes different areas of the brain to shrink and stops messages from being sent properly to and from the brain. The body therefore doesn’t work as it usually does.

People with Parkinson’s or Huntington’s disease can develop dementia and people with Down’s syndrome have a higher chance of developing Alzheimer’s when they get older.

There are a few rarer causes of dementia, accounting for around 5% of people with the condition. Usually, the people that experience these rarer causes have young onset dementia:

What is the difference between dementia and Alzheimer’s?

Alzheimer’s disease is the most common type of dementia. Alzheimer's damages a part of the brain that stores recent memories, called the hippocampus. Therefore, memory loss is the main trait of Alzheimer’s.

How many types of dementia are there?

There are more than 200 subtypes of dementia. However, the 5 main diseases that cause dementia are:

What is Alzheimer’s disease?

As mentioned above, Alzheimer's is the most common types of dementia. Symptoms progress slowly, so often it can just seem like someone getting older. The symptoms of Alzheimer's can include:

·     Difficulties with communication and finding the correct words

·     Difficulties with numbers or money

What is vascular dementia?

What is Lewy body dementia?

Approximately 10% of people living with dementia have DLB (dementia with Lewy bodies). Lewy bodies are protein deposits that affect the brain’s functioning. Lewy Body Dementia shares symptoms with Alzheimer’s and Parkinson’s disease. Therefore, it sometimes hard to tell it apart and diagnose someone with DLB. People with Lewy body dementia can experience:

·     Problems with movement and balance

What is frontotemporal dementia?

·     Developing obsessions, such as with certain food or drinks.

What is mixed dementia?

What is Mild Cognitive Impairment?

Mild cognitive impairment (MCI) is a condition that causes people to have memory loss and problems with thinking, but is not a type of dementia. However, if someone has MCI it can mean that they have more of a chance of developing dementia.

What are the stages of dementia?

During the early stages of dementia, symptoms can include forgetfulness, losing track of time and becoming lost in places that are usually familiar.  There are many treatments available to people with early-stage dementia that help with cognitive skills and retaining memory.

During the middle stages of dementia, symptoms become more evident and daily life can become more challenging. Middle-stage dementia symptoms can include:

·     Finding it hard to communicate

·     Behavioural changes such as wandering around

Some people living with middle-stage dementia can still benefit from certain treatments and therapies. However, they may need increasing help and may require full-time care.

Late-stage dementia means that a person’s mobility and cognition have been seriously affected by dementia, making them dependent on others. During the later stages of dementia people experience serious memory problems and physical symptoms become clearer. People living with late-stage dementia can still have a good quality of life if they receive the right support and care. Late-stage dementia symptoms can include:

·     Becoming unaware of time or place

·     Not recognising relatives or friends

·     Troubles with walking and balance

·     Difficulties with eating and drinking

·     Vulnerability to infections, such as pneumonia

An end of life carer or palliative carer can support people living with late-stage dementia and their families before, during and after the final stages of the condition.

How is dementia diagnosed?

Whilst a diagnosis of dementia can feel daunting, getting a diagnosis allows people to explain their behaviour to those around them, such as their family. Moreover, a diagnosis allows someone to get the care, treatment and support they need to sort finances, legal issues and decisions about the future.

You or your loved one should see a GP if you are worried about memory problems or think you/they could have dementia. With the right care and support, people living with dementia can lead fulfilling, happy lives.

When seeing a GP for a dementia assessment, take someone you trust to the appointment with you. This way, that person can make notes and remind you of what was said if you forget later. In an appointment about dementia, a GP will usually:

·     Ask if someone finds daily activities difficult, such as washing, cooking, shopping or paying bills

·     Do a physical examination

·     Carry out some tests, maybe a blood or urine test to see if dementia is the cause of a person’s symptoms

·     Ask someone to do a memory/cognitive test

A GP will be able to rule out other causes of memory problems during the appointment. Memory problems are not just a sign of dementia, they could also point to:

·     Side effects of medicines

·     Neurologist – specialising in the brain and nervous system

What if someone doesn’t want to get a dementia diagnosis?

Understandably, someone might feel anxious about seeing a GP or a specialist about their symptoms and may refuse at first. However, it is important to get a dementia diagnosis so you can plan for the future. If the person in question does not want to get a diagnosis, you should:

·     Contact the GP, they might be able to make a home visit or give you advice about someone’s health

Support for people living with dementia, their families and carers

You may know a relative or friend who is living with dementia. We want to support you as best as we can by allowing you to choose the right carer and care type for you or your loved one.

There are many dementia charities in the UK that offer additional support and help you to get in touch with people who are going through a similar situation:

·     Go to the Alzheimer’s Society UK website for more information and advice.

·     Visit the Carers Trust for support for carers.

·     Discover the Reading Well Books on Prescription service in your local libraries.

Whilst getting a dementia diagnosis can be daunting, we hope that the organisations listed can help you get the information and advice you are looking for.

If you are looking for a specialist dementia carer, our platform and app give you choice and control over who you or your loved-one's carer will be so you can choose the person that best suits your needs, lifestyle and values.

Download Curam mobile app and find carers near you, to receive care services.

Download Curam app for carers, to become a carer and provide care services.